Beginning in 1932, the Smith family planted their first five-acre hop field. Today, the Smith family's B.T. Loftus Ranches includes over 800 acres of hops and produces everything from Cascade and Fuggle to Simcoe and Citra. Brother and sister team Kevin Smith and Meghann Quinn, along with Meghann's husband Kevin Quinn, are extending the Smith family's hop dynasty into an entirely new dimension with the grand opening of Bale Breaker Brewery. 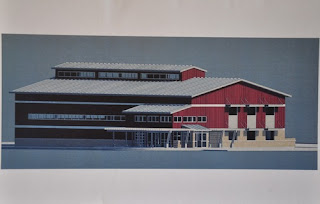 The new facility is slightly east of Yakima in the hop growing city limits of Moxee, Washington, more specifically in a corner of Loftus Ranches' Cascade Hop field no. 41. The new 30-barrel brewing system is made by Metal Fabrication from Portland, Oregon. 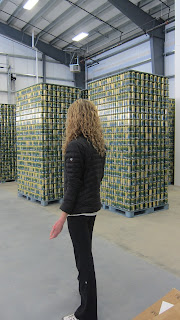 Kevin Smith, head brewer at Bale Breaker, spent two years brewing for Two Beers Brewing in Seattle, Washington, learning the professional beer brewing processes and business before coming home to the Yakima Valley. The canning line is due to arrive in early March 2013, while multiple pallets of empty cans, waiting to be filled, scatter the floor on one side of the the amply spaced new building. Thirty, sixty, and ninety barrel fermenters line an otherwise empty wall while a single 90-barrel brite tank is located at the opposite end with the keg filler, and that's just the beginning. The Smith-Quinn trio thought of everything, including an onsite laboratory and grain silo filled with Great Western two-row malted barley. 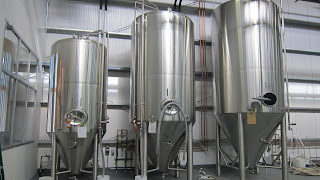 The sound of bubbling CO2 echoed the otherwise quiet building from the 60 and 30 barrel fermenters occupied with the very first run of Bale Breaker's two signature ales: 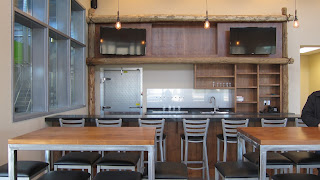 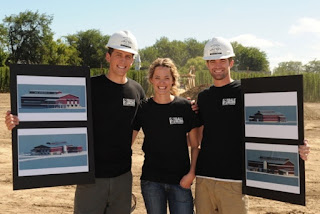 The philosophy and direction of Bale Breaker is to showcase Yakima Valley hops, which is perfectly understandable considering the multi-generational hop farming history that is Kevin and Meghann's heritage. Meghann commented how growing up in a hop growing family and community was rather ordinary, and not until the late 1990s as the craft beer industry began gaining momentum, did she realized how unique and rare it really is. As droves of brewers from around the world visit and tour the hop fields, especially during Hopunion's Hop and Brew school (an annual event at the end of August and will quite possibly take advantage of Bale Breaker's new facility this year), the hop growers garner a rockstar-esque notoriety from craft and home brewers that never existed before. 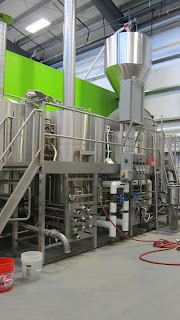 Bale Breaker knows hops as well as anyone and the proof is in the beer. In September 2012, Bale Breaker's Piled High Imperial Fresh Hop Ale took 3rd place for the Judge's Award, and 1st place People's Choice Award, at the Yakima Fresh Hop Ale Festival, a truly unique beer festival that features fresh (directly off the vine and not dried) hop ales only. The Fresh Hop Ale Festival is every bit a beer industry festival as it is a beer enthusiast festival featuring larger craft breweries like Ninkasi, New Belgium, Lagunitas, and an array of others all featuring fresh hop ales, while the VIP tent hosts prominent hop growing families, hop brokers such as Hop Union, and hop processors like Yakima Chief.

The award-winning Piled High Imperial Fresh Hop Ale was brewed on the family farm's pilot system, a 10-gallon Brew Magic by SABCO, which still plays an important role in hop research and development for Loftus Ranches, as well as the potential for future tap room exclusive specials at the brewery. 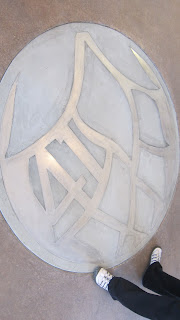 According to Meghann, the grand opening is slated for the end of March or early April with the kegged and canned product hitting the market with the focus initially in Eastern Washington, and spreading from there.